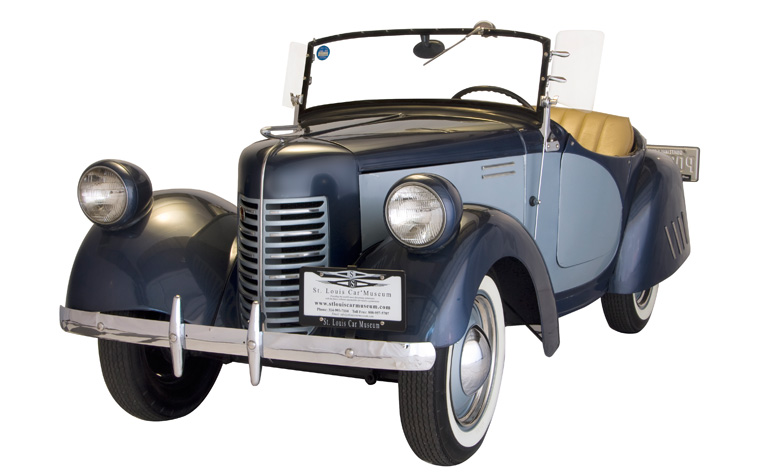 The American Austin Car Company was a United States automobile manufacturing corporation tied to the British Austin Motor Company. The company was founded in 1929, and produced motorcars from 1930 through 1934, when it filed for bankruptcy.

In 1935 the company was reorganized under the name American Bantam. Production resumed in 1937 and continued through 1941In 1935 Roy Evans, a former salesman for Austin, bought out the bankrupt company, which was reorganized under the name American Bantam. “Bantam” is a smaller-bred version of any particular poultry breed — the name must have been chosen for the size of the automobiles that the company made. The formal connection with UK Austin was severed, though a relationship was maintained. A series of changes was made to the American Austin car design, including a modified engine, and an exterior sheetmetal designed by Alexis de Sakhnoffsky. Production was resumed in 1937 and continued through 1941. Despite a wide range of Bantam body styles, ranging from light trucks to woodie station wagons, only about 6,000 Bantams of all types were produced. American Bantam’s 1938 model is famous for being the inspiration for Donald Duck’s car.