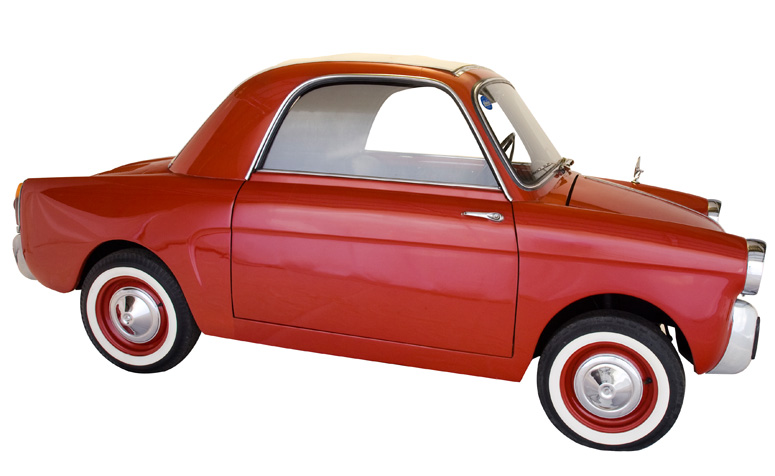 The Autobianchi Bianchina is an automobile produced by Italian automaker Autobianchi, based on the Fiat 500. It was available in various configurations: Berlina (saloon), Cabriolet (roadster), Trasformabile (convertible), Panoramica (station wagon), and Furgoncino (van). The car was presented to the public on September 16, 1957 at the Museum of Science and Technology in Milan.

In the same year, the Trasformabile, whose engine cylinder capacity was increased to 499 cc (18 hp), was made available in a Special version with bicolour paint and an engine enhanced to 21 hp (16 kW). In 1962, the Trasformabile was replaced by a 4-seat saloon. The engine and chassis were the same as in the Trasformabile.