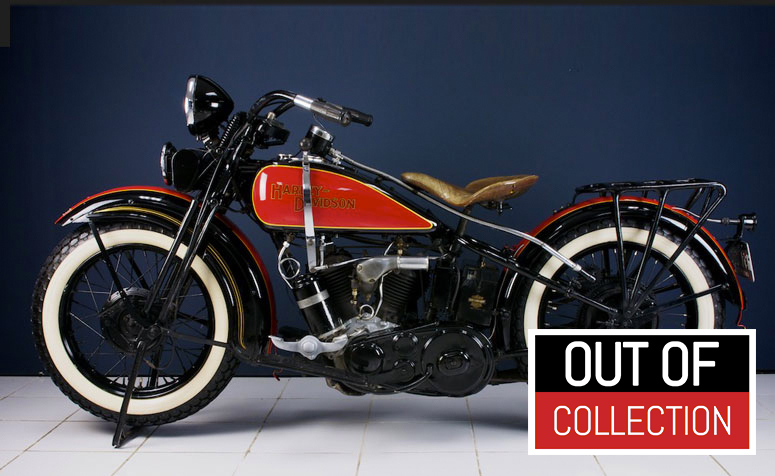 In the late summer of 1929, Harley-Davidson introduced its 45 cubic inches (737 cc) flathead V-Twin to compete with the Indian 101 Scout and the Excelsior Super X. This was the “D” model, produced from 1929 to 1931.  Riders of Indian motorcycles derisively referred to this model as the “three cylinder Harley” because the generator was upright and parallel to the front cylinder.

The twin bullet headlights were another special feature of the early 750 cc model.

Some new features for 1930 were: new frame that lowered saddle height and increased ground clearance,  drop forged I-beam front forks, double chain primary drive with automatic oiling and  a cylindrical toolbox fitted across the front forks. This last feature was unique for the 1930 model D.

1931 was the last production year of the model D.

All of Harley-Davidson’s remaining American competition is now gone except Indian (Hendee Manufacturing). Indian and Harley-Davidson are the only two American motorcycle manufacturers until 1953.