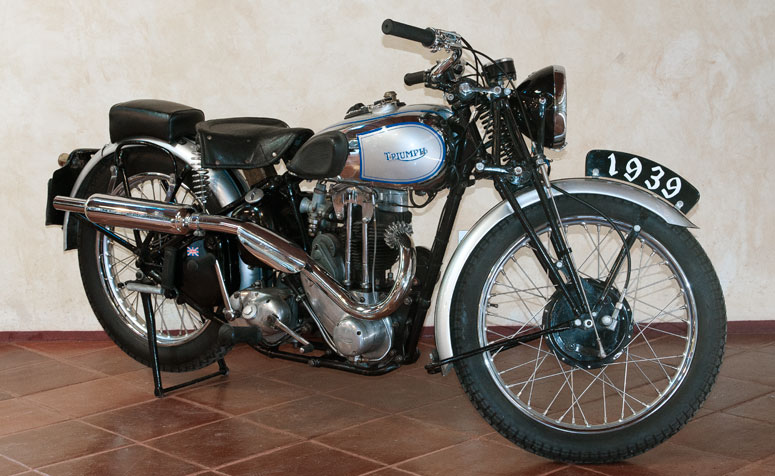 The Triumph Tiger was the natural evolution of the constant & relentless quest for more & more power. The Triumph Speed Twin had literally changed the motorcycle world in 1938, and was head-and-shoulders above just about everything else on the market, and the performance leader. But even that wasn’t enough.

By 1939, Edward Turner, designer of the Speed Twin & defacto father of every vertical twin that came after, raised the compression ratio from 7.2:1 in the Speed Twin to 8.0:1 for the new Tiger 100, along with a ported cylinder head. The name implied that the new bike would top 100 mph, and indeed this was the case.

These early bikes came with rigid frames & girder front ends. The new 1939 Triumph Tiger 100 came in silver with black pinstriping, set apart from the stodgy dark red of the Speed Twins. The Tiger became the fastest bike on the market overnight & Triumph had its second major hit in 2 years. Life was good for Triumph Motorcycles, then World War 2 intervened & all civilian production ceased to make was for war production.