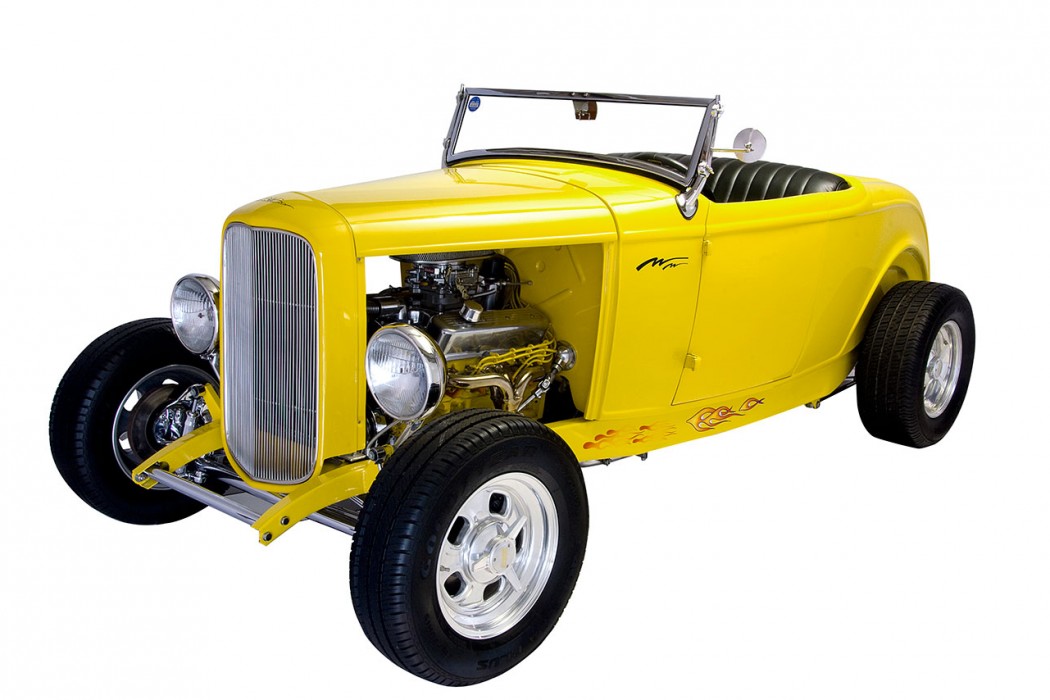 Hot rods are typically American cars with large engines modified for linear speed. The origin of the term “hot rod” is unclear. One explanation is that the term is a contraction of “hot roadster,” meaning a roadster that was modified for speed. Another explanation is that the mufflers were exposed and thus there was a “hot rod” or hot muffler neck when the vehicle was running. Open roadsters were the cars of choice to modify because they were light.

Hot Rod may also refer to the connecting rods, cam, or pushrods inside the engine or to the exposed frame rails of such an automobile. It has also been noted that burning out the connecting rod bearings was a very common failure mode for souped up four-cylinder Fords, particularly the Model T, and “hot rod” could refer to that phenomenon.

It was adopted in the 1930s or 1940s as the name of a car that had been “hopped up” by modifying the engine in various ways to achieve higher performance. “Hot rod” may share a root with “hot to trod,” which came from the violent Scottish-English borders hot trods, which were trips of vengeance to recover stolen goods from border raiders. These counter-raids were legal so long as they were done within 3 days of the original offense, thus the fast pace of travel. It is very easy to see where a hot trod horse gave way to the “hot rod” car—both are fast and travel without extra baggage for speed.

The Ferrari 250 GTO is a sports car that Ferrari made for racing in the early 1960s. The numerical part of its name denotes…