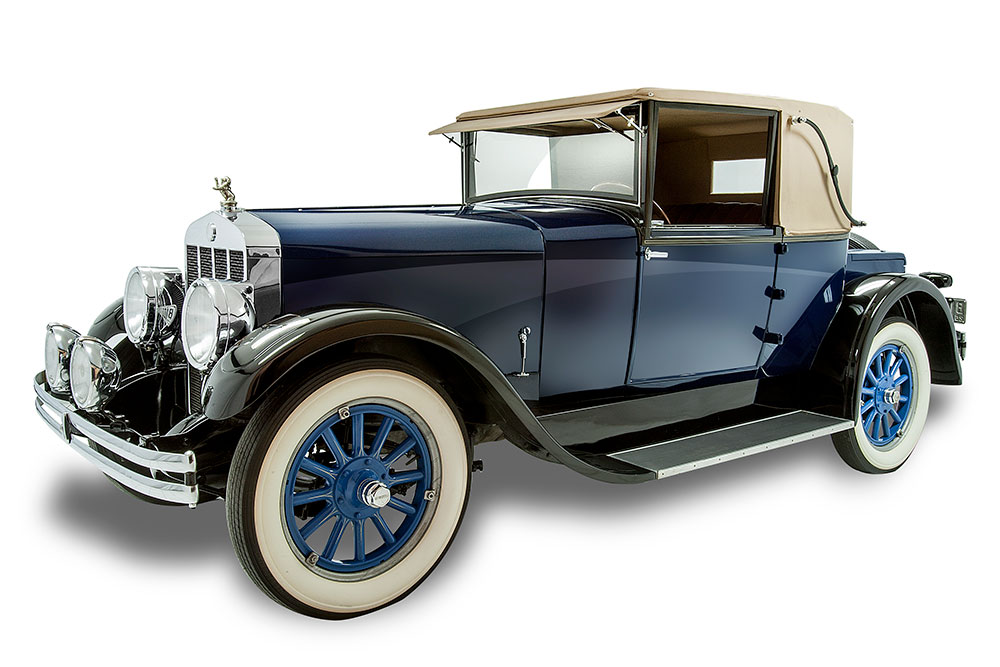 The previous unconventional front appearance of air-cooled Franklins had hampered sales.
To combat this problem, the Series 11 Franklins featured a mock radiator shell that updated the appearance and increased sales. The car features a low, racy look and boat tail design.

The unconventional look of the air-cooled Franklins began to hurt sales in the early 1920s. The frontal appearance needed updating and in the Series 11 Franklins, this change came about with new body styling by J.F. de Causse.

The de Causse style completely changed Franklin’s appearance with a new dummy “radiator” shell. This revolutionary step so appalled John Wilkinson, who had been vice-president and chief engineer from Franklin’s outset, that he resigned from the company immediately! Nevertheless, the new look provided a greater variety of body types and marked a positive turning point in Franklin sales.

This Sport Runabout was described in Franklin advertisements as having a long, low, racy and high-powered appearance. Many of the body styles were designed by Walker, while styling by other famous custom builders such as American, Derham, Dietrich, Holbrook, and Willoughby also graced the Franklin line.