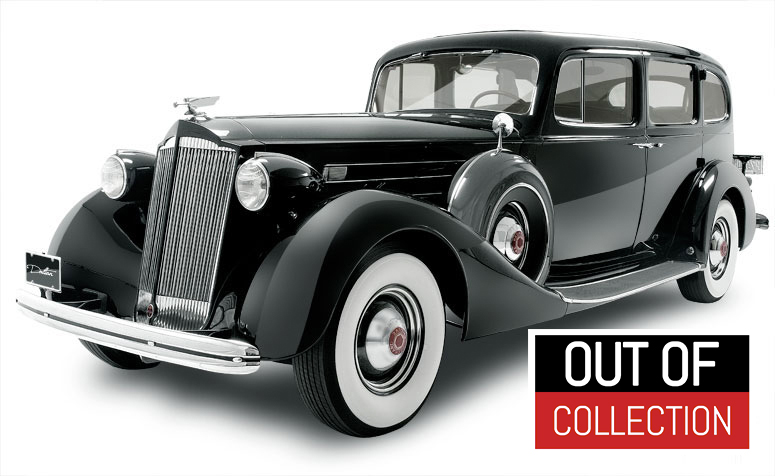 Packard was a leading luxury marque at the start of the Classic era and was also one of the oldest car companies in America.

The Packard V12, initially called the ‘Twin Six’, was the flagship of the line. The design of the engines was quite different from the prior ‘Twin Six’ models, so the name was updated to ‘Twelve’ from 1933 onwards. There was a plethora of bodystyles available, including 12 standard production models and ten individual custom Dietrich designs. LeBaron and Brunn would supply a number of custom types in the subsequent years to come.

The Packard Twelves were introduced in 1932 in response to the second ‘cylinder war’ initiated by Cadillac among American luxury car marques.

It is considered by many to be one of the finest automobiles produced by Packard and one of the most significant creations of the classic car era.

New for 1937 on the Packard Twelve were hydraulic brakes and an independent front suspension system. This gave the proven performance of the now 473 cubic-inch V-12 greater driving ease and helped lead Packard to record sales of 12-cylinder cars with 1,300 delivered.