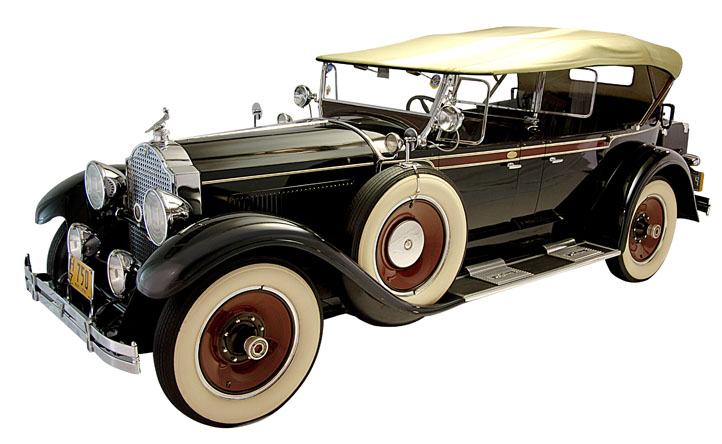 The slogan “Ask The Man Who Owns One” is one of the most famous in American History. It was the response given to most individuals when asked about a Packard. They were reliable, elegant, powerful, and quality automobiles. Their attention to detail and ingenuity were some of the key factors in making the company successful.

1929 was a big year for Packard, as all of their vehicles were now fitted with straight-eight engines.

The Packard Model 633 was their mid-priced car and positioned to compete with Cadillac’s very successful LaSalle brand. The Model 633 rode on a 133 inch wheelbase and was powered by a 319 cubic-inch straight eight engine producing 90 horsepower. This new engine used a unique crankshaft design and firing order that balanced the reciprocating forces, thus eliminating vibration. It was lighter than the V12, offered more horsepower, had better fuel economy and the its inline configuration allowed the Packard to continue the ‘long hood’ design themes that were popular and characteristic of the Classic era. There were seven body styles available on the 633.

The Alfa Romeo Duetto was in production between the years 1966-1967. Pininfarina, the famous Italian coachbuilder, was also responsible for the Duetto’s monocoque, or…