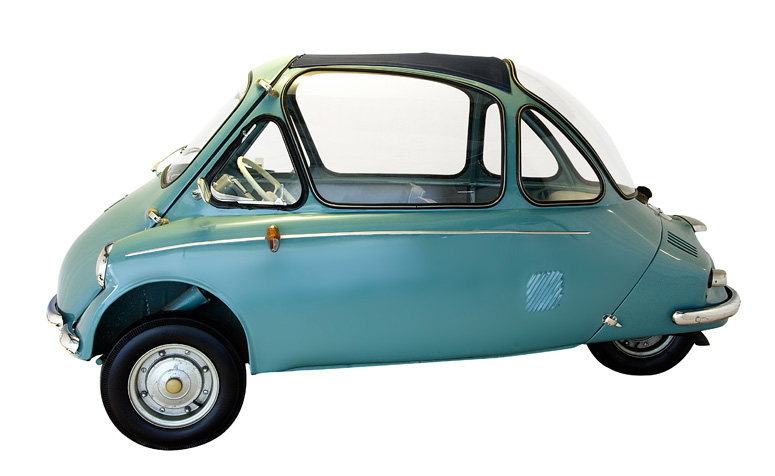 After the Second World War, the Allies would not allow the German Aircraft Industry to carry on manufacturing aeroplanes so it turned it’s “know how” to transport as this was a major priority after the war.

Heinkel, along with Messerschmitt, B.M.W. and Dornier commenced production of engines and then progressed to vehicles. Of models 150 and also 153 which initially had the enlarged 204cc engine fitted (later reduced to 198cc) 11,975 units Came off the production line. The German production ceased in 1959, the same year Professor Heinkel died at the age of 71.

In 1955 Ernst Heinkel was able to design and fund his improved and prettier competitor to the Isetta, the “Kabine”.