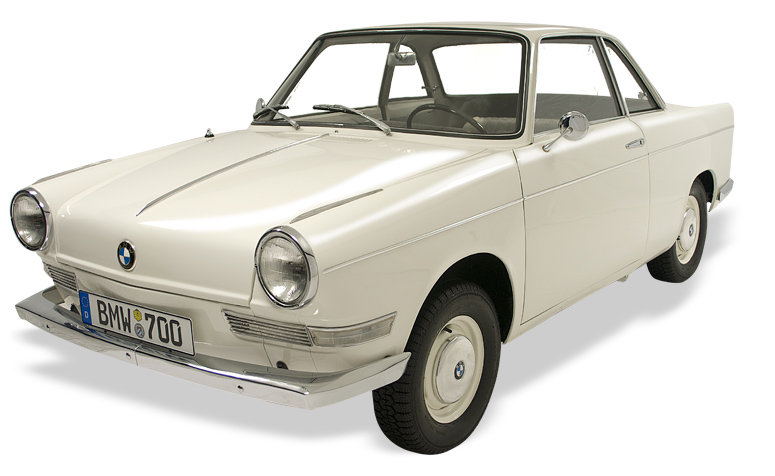 The BMW 700 was produced from 1959 through 1965 with 180,000 examples being produced. It was based on the BMW 600, which had been based on the Isetta. The 2-cylinder, air-cooled engine was courtesy of the BMW R67 motorcycle and stored in the rear of the vehicle. The vehicle could be purchased in either coupe or cabriolet configuration.

Throughout its production lifespan, the engine would receive modifications which boosted the overall horsepower. These modifications included shorter air-intake manifolds and Solex carburetors.

Giovanni Michelotti was responsible for the design of the 700. Michelotti is well known throughout the automotive design industry, especially for his work with the Triumph Herald.

The 700 continued BMW’s pre-War World II tradition of producing small, fuel efficient, people movers. For the price, the 700 was a well designed and economical car and in competition form, was fairly potent. Due to the configuration of the engine and lightweight design, the 700 were nimble and offered superb handling. Although not powerful, they could easily keep pace with much more powerful vehicles on the road. The biggest accomplishment of the 700 was to help the BMW Company in its quest for financial stability.