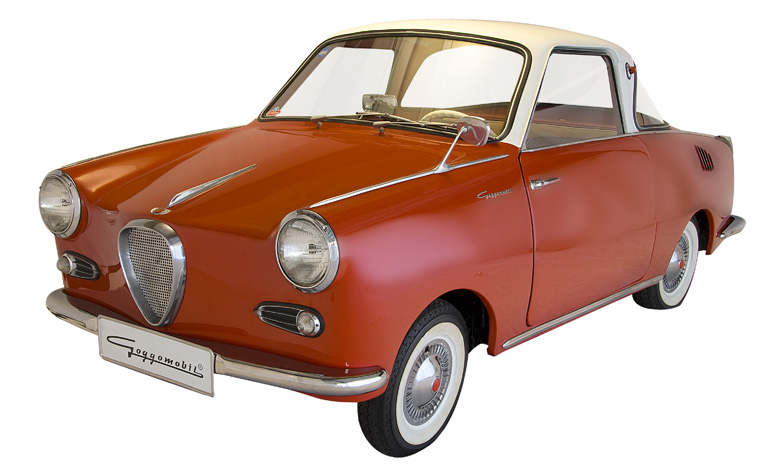 The Isar was the company’s first attempt to build a “regular size” automobile. The prototype was introduced at the IAA in Septembre 1957. From the beginning this model was called the “large Goggomobil”. Only since 1959 in conjunction with the introduction of the station wagon model was the name changed to Isar.

Since August 1959 also the first design changes appeared. There was a large rear window, larger rear lights, a higher roofline and doubled-up bumpers. Close to 88,000 Isars were produced between 1958 and 1965.