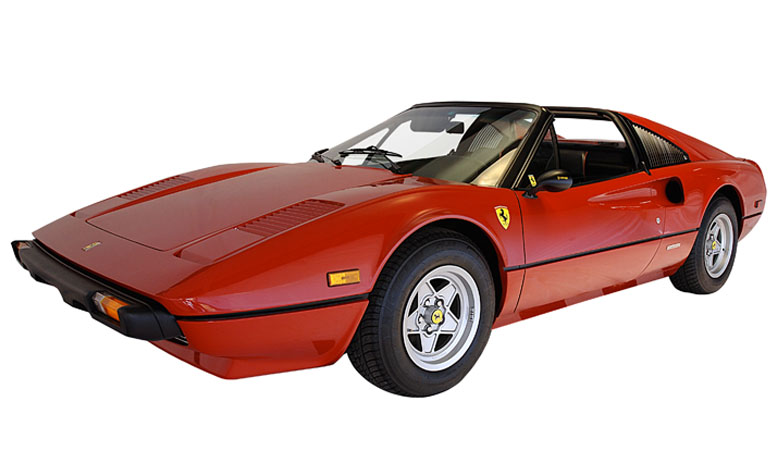 The Ferrari 308 GTS provided Pininfarina with an opportunity to flex its design and styling muscle. The company responded by redefining the public’s collective impression of what a Ferrari, and indeed what a sportscar, should look like. The task given Pininfarina was the creation of a two-seat mid-engined V8, and few can have expected the Turin designer to respond with such a tour de force.

The 308’s shape bears a passing resemblance to Pininfarina’s Dino 246 GT. Where the older car was the ultimate expression of curvaceous 1960’s styling, the 308 hinted far more at the future. From its sharp nose incorporating a slim bumper and a deep air dam, to its retractable headlights and row of black louvres that vent air from the radiator, the line flows up the windshield and out around the flanks to reunite with itself at the buttress C-pillars, ending in a very subtle rear lip spoiler.

The design is so beautiful and effective that it has been a basis for exterior styling of every subsequent V8 Ferrari and an object of study for design students the world over.