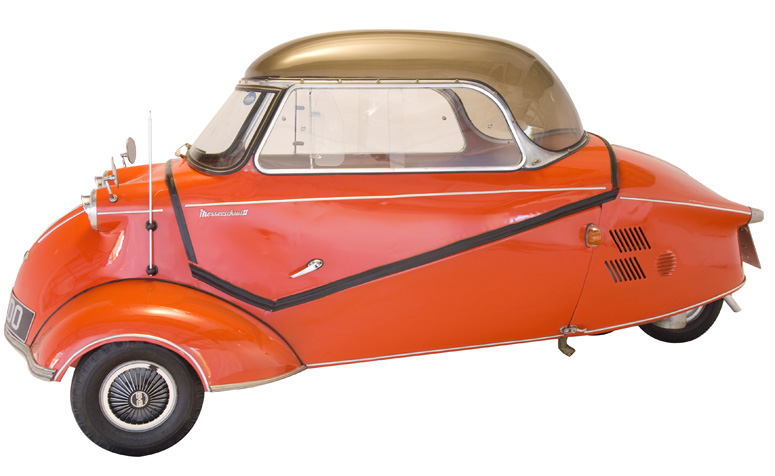 The Messerschmitt KR200, or Kabinenroller (Cabin Scooter), was a three-wheeled bubble car designed by the aircraft engineer Fritz Fend and produced in the factory of the German aircraft manufacturer Messerschmitt from 1955 to 1964.

The KR200 was otherwise an almost total redesign. The rear suspension and engine mounting were reworked, and hydraulic shock absorbers were installed at all three wheels. Tire sizes were enlarged to 4.00×8.

The resulting Fiat 600 was one of the great success stories of the twentieth century, with some 2.7 million cars produced. The mixed-use station…