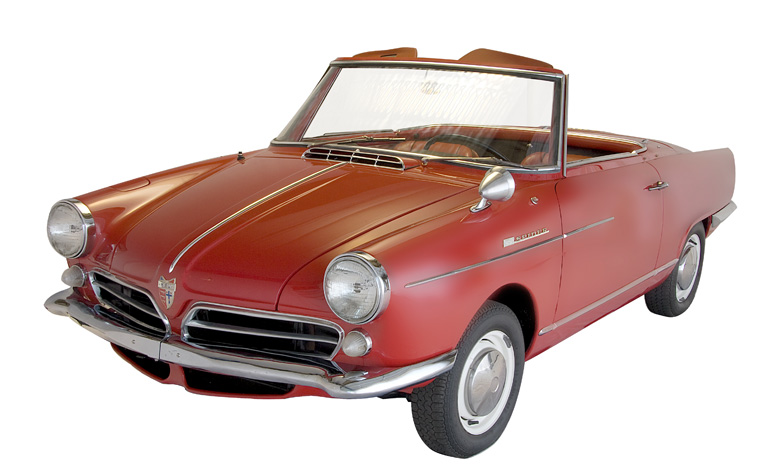 The NSU Spider was the first production car in the world to be powered by a Rotary Wankel engine. Apart from its water cooled single rotor engine, the car was in most respects unremarkable. However, standard equipment did include disc brakes on the front wheels.

Large sales volumes were never envisaged for the car, and this was reflected in a relatively high retail price. 2,375 were built between 1964 and 1967. In 1967, the model was withdrawn and NSU’s second rotary engined production saloon was presented. In 1966 Al Auger of Richmond, California USA became the first person in the world to race a Wankel-powered production car in officially sanctioned races. With only installing a mandatory roll-bar and racing tires an NSU Spider raced in 1966 and 1967 in Sports Car Club of America sanctioned road races throughout California finishing second overall champion both years in Class H Modified. Because SCCA had no technical information about the Wankel engine it was placed in H Modified racing against lighter, more powerful 850cc highly modified pure race cars.