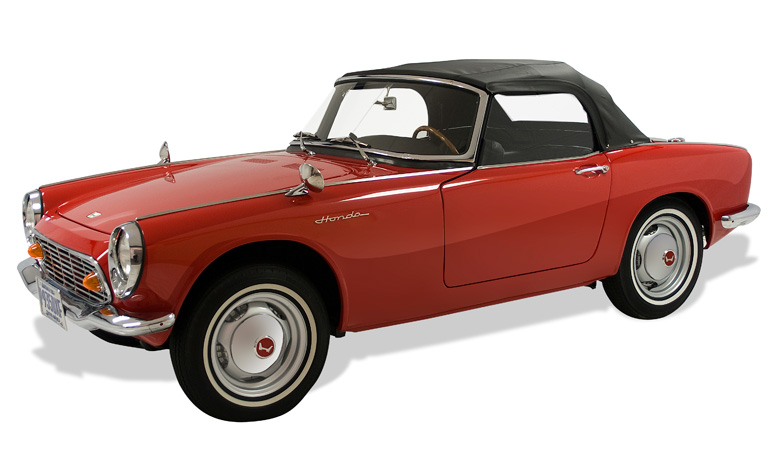 Perhaps Soichiro Honda was a Yankee pioneer in a previous incarnation. His approach to life certainly would’ve been more at home in America’s Wild West than it was in traditional Japanese society. Born in 1906, the eldest son of a blacksmith/bicycle repairman, he became fascinated with things mechanical early on. His first glimpse of an automobile at age eight ignited the fire that compelled him to leave home at 15, with only an elementary-school education, to take up an apprenticeship at an auto-repair shop in Tokyo. Soon he opened his own repair shop and began designing, building, and campaigning race cars. One of them damn near killed him in 1936, prompting his wife to kibosh the racing, whereupon he dabbled in metal-casting during the war. When that was over, he once again set his sights on building vehicles.

By 1963, Honda was the top-selling motorcycle brand in the U.S., and Soichiro desperately wished to sell his cars here, but the S-series couldn’t be certified due largely to excessive hydrocarbon emissions. S600s and S800s were sold in Canada, though, and military personnel returning from Japan brought a few back to the U.S.