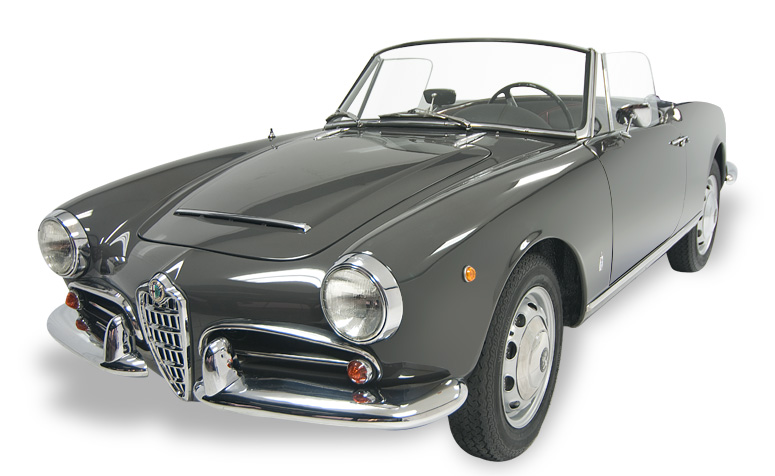 The Alfa Romeo Giulia (105 series) is an Alfa Romeo automobile. Alfa was one of the first manufacturers to put a powerful engine in a light-weight car for mainstream production. The Giulia weighed about 1,000 kilograms (2,205 lb). Giulias were noted for their lively performance among sedans of that era, especially considering the modest engine size.

The styling was quite straight forward, but with a great amount of detail. The engine bay, cabin and boot were all square shaped. But the grill, the rooflines and details on the bonnet and boot made for an integrated design from bumper to bumper. Giulia Ti: Tipo 105.14 was the first model introduced in 1962. 1570 cc Alfa Romeo Twin Cam engine with single down-draft carburettor, 92 PS (68 kW; 91 hp) at 6500 rpm. The “Ti” nomenclature referred to a class of Italian saloon car racing known as “Turismo Internazionale”, and had previously been applied to higher-performance versions of the 1900 and Giulietta saloons in the 1950s. However, for the Giulia saloon, the Ti was at first the only version available.

The Dodge Coronet was introduced with the division’s first postwar body styles. The Coronet was a full-size car from Dodge in the 1950s, initially…