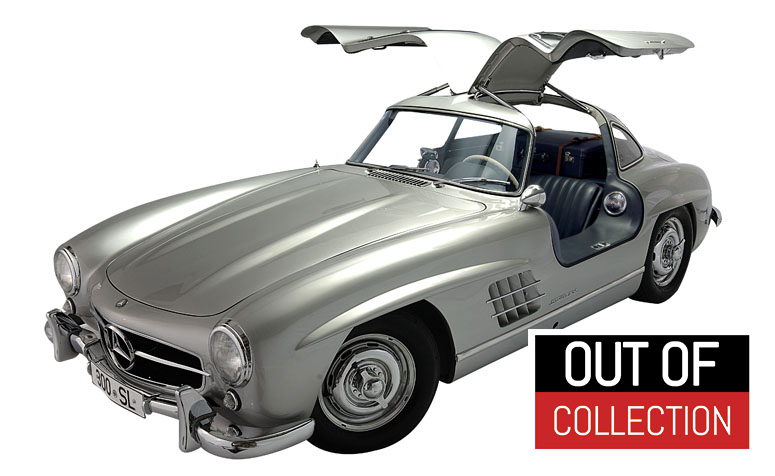 Perhaps the most legendary and charismatic car of the early post 1945 era, the 300SL coupé is forever remembered for its distinctive gullwing doors. Significantly, they were no stylistic whim buy played a very real functional role, because at the heart of the car was a light but complex tubular space-frame structure. To provide the necessary rigidity, it had to intrude into part of the space usually occupied by conventionally hung doors so the car’s designers decided, ingeniously, to hinge them from the roof.

Titled 300SL, on account of its being a 3 liter super light car, it first appeared at the 1952 Mille Miglia competition in May, won the sports race at the Swiss Grand Prix later in the month and went on to take first and second places at Le Mans. Later, in November, the 300Sls were similarly successful across the Atlantic in the Mexico City Road Race. There was also a roadster version of the design, and, at a sports car meeting at the Nürburgring, it scored an impressive one, two, three victory.