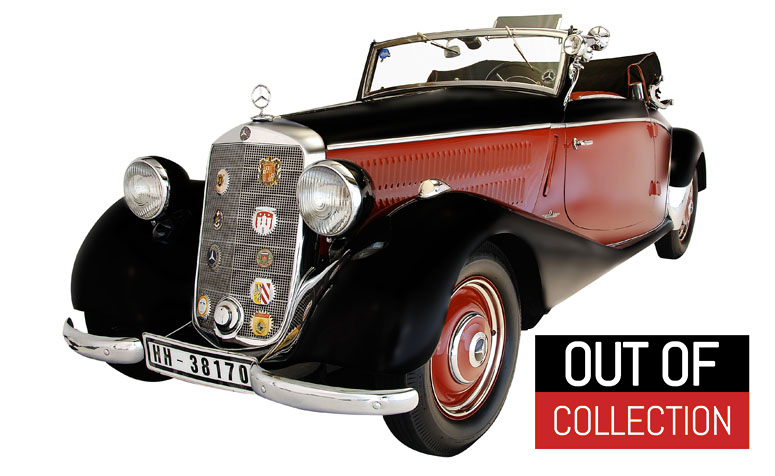 The Mercedes-Benz 170A was Mercedes-Benz’s line of four-cylinder automobiles from the mid-1930s into the 1950s. It became the foundation on which the company rebuilt after World War II because the tooling had survived Allied bombing. The Mercedes Benz type 170 was introduced 1931 on that Paris automobile salon.

A compact, light, formally succeeded and well equipped car, which fit into the economically difficult times. The chassis made for the 170 was a sensation; the salient characteristic were the swinging axles, with the four for the first time individually hung up wheels.

The 170 a six cylinder with a capacity of 1692cm propelled an output of 32 HP when 3200 revolutions. It had a three-gearbox with additional high speed gear, was fast up to 90 kilometers per hour, needed 11 liter of gasoline on 100 kilometers and was quite well equipped for conditions at that time. Oil pressure four wheel brakes, central lubrication, thermostat-regulated cooling and an ignition steering wheel lock as theft safety device belonged already to the standard.
The 170 had in series a first free standing suit-case at the tail, installed with a distance from approximately two centimeters to the body. “The area for the suit-cases ““had become the nowadays natural component of the structure, “the trunk “.