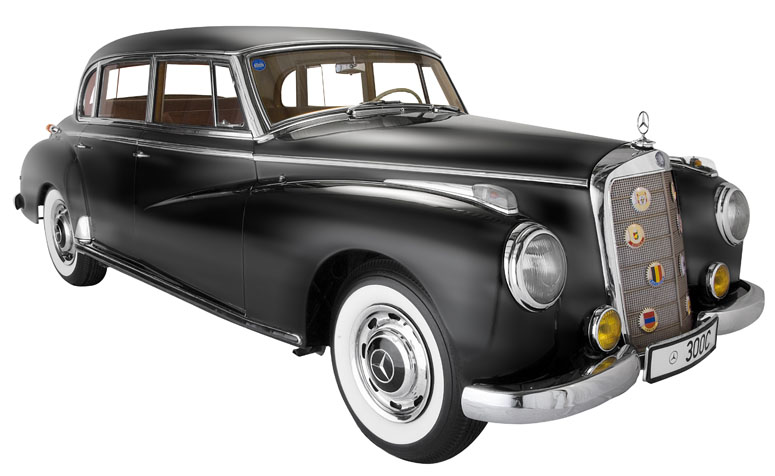 The 300 Series were basically hand-crafted cars, luxuriously finished, and trimmed in the highest quality materials. They were elegant, safe, fast, and comfortable. Most of the chassis for the 300 Series measured 120-inches and had four-door coachwork. Between November of 1951 and March of 1962, around 11,430 examples were built. Of that, 707 were convertible sedans.

The 300 Series was introduced at the Frankfurt Motor Show. A short time later, a very different 300 – the 300S – was shown at the Paris Show. The 300S had a shorter wheelbase of 114.2-inches and powered by a more potent multi-carburetor engine offering 163 SAE. They had two-door coachwork and offered in both open and closed styles. At the time, it was the most exclusive automobile in the Mercedes-Benz lineup and intended for their most discerning clientele.
The 300S was produced from July of 1952 through April of 1958 with a mere 760 examples constructed. Only 98 were produced between 1955 and 1958.