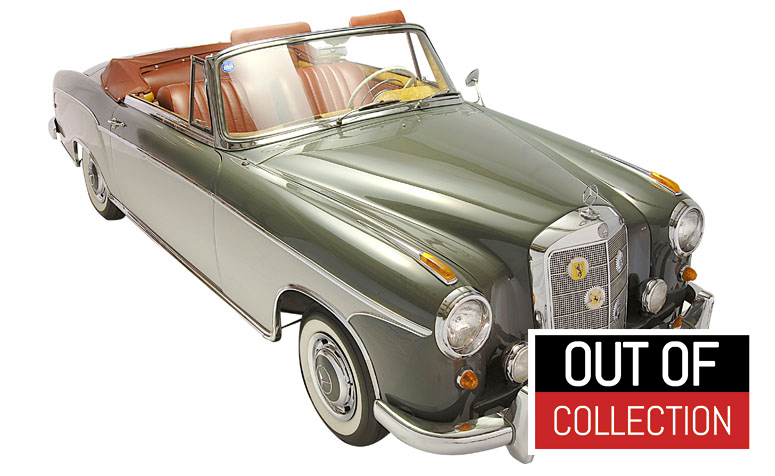 The 220S Mercedes-Benz was introduced at the Frankfurt Auto Show in April 1956 and was the first model from this famous manufacturer to have a unitary construction body shell. After two years in production, a Bosch fuel-injection system was added to the basic 220S engine to create the 220SE. This not only added 15hp but also increased engine reliability and thus value. The range was marketed as a comfortable family car that also provided the performance of a lively sports model.

Production began in late 1960, and in February of the next year the coupe was premiered in Stuttgart for the 75th anniversary of the opening of Mercedes-Benz Museum. The convertible followed at the Frankfurt auto show a few months later; the car was almost identical to the coupe, with the obvious difference of the soft-top roof, which when folded was carried in a recess behind the rear seat, covered by a tightly-fitting bag. Unlike the previous generation of two-door ponton series, there was only one model for the 2-door vehicle, the 220SE on both versions, with the identical M127 2195 cm³ engine.