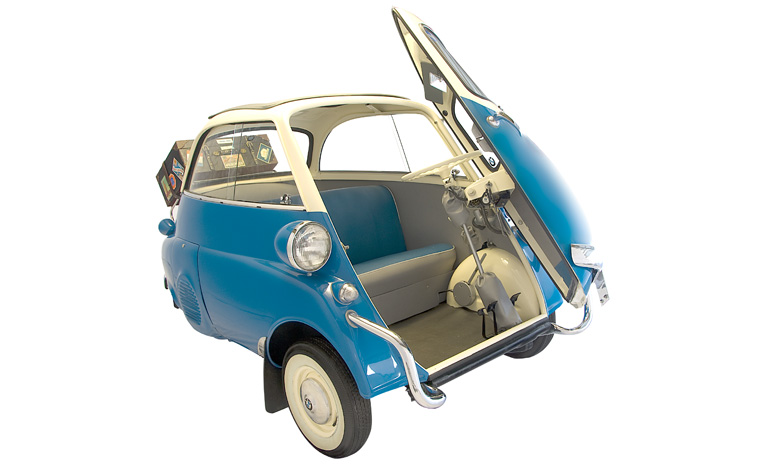 The Isetta was one of the most successful microcars produced in the post-World War II years—a time when cheap, short-distance transportation was most needed. Although the design originated in Italy, it was built in a number of different countries, including Spain, Belgium, France, Brazil, Germany, and the United Kingdom. Because of its egg shape and bubble-like windows, it became known as a bubble car—a name later given to other similar vehicles.

The Isetta Moto Coupe DeLuxe; or Isetta 300 was introduced in October of 1956. Considered to be the ‘sliding-window’ Isetta, as longer, sliding side windows replaced the famous bubble windows. The 300 featured an enlarged single cylinder to a 72 mm bore and 73 mm stroke which now achieved a displacement of exactly 298 cc. The compression ratio was already raised from 6.8 to 7.0:1. The engine now got 13 hp at 5200 rpm, while the torque jumped to 18.4 N•m at 4600 rpm. The top speed remained at 53 mph on the Isetta 300.