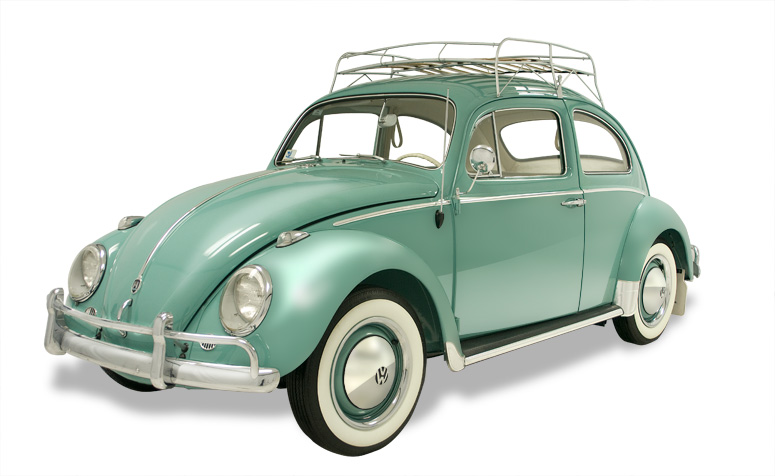 The Volkswagen Beetle, also known as the Volkswagen Type 1, was an economy car produced by the German auto maker Volkswagen (VW) from 1938 until 2003. With over 21 million manufactured in an air-cooled, rear-engined, rear wheel drive configuration, the Beetle became the worldwide longest-running and most-manufactured automobile of a single design platform.

The Volkswagen Beetle first came on the scene in 1947, but they were known by a different name. KdF, short for Kraft durch Freude meaning ‘power by joy’. In English, the name Beetle was used. In German, they were known as Kafer, and in French they were called Coccinelle. In 1949 the Volkswagen logo was placed on the rims. The engine was expanded to 1131 cc and was capable of producing 25 horsepower. The models that were produced after October of 1949 could be started without a ‘starting crank’

In 1960, an engine capable of producing 34 horsepower was offered. The speedometer was increased from 74 mph to 87 mph. A windshield-wiper washer system became available. The front directional light was changed from white to amber.

The Nash-Healey was a two-seat sports car produced for the American market between 1951 and 1954. It was in the product of an Anglo-American…