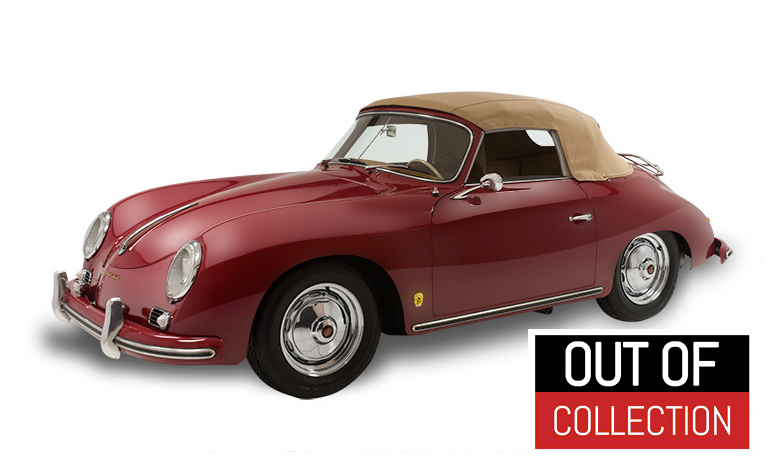 The 356 sports car, the first of the famous Porsche line, was inspired by the concept of the Cisitalia which used proprietor Fiat parts. Similarly, the 356 initially relied heavily on Volkswagen components, the Porsche bureau having designed the German People’s car (Volkswagen) before the war. The 356’s most distinctive feature is, therefore, its VW related, rear- mounted, horizontally opposed, air cooled engine, an approach which survives today in its 911 successor.

The car took shape at Gmünd, Austria, where Porsche, which had been based in Stuttgart, Germany since 1930, had established itself during the war to be out of range of enemy bombers. The 1131cc VW engine was mounted in a simple platform chassis. The all-round, Porsche-patented, torsion bar sprung independent suspension similarly followed VW precedent. The intention was to produce this first Porsche in mainly aerodynamically efficient coupé form, although some open cars were also to be built. The lines were also to be built. The lines were, therefore, based on a special closed, two seater VW, created by Porsche in 1939 for an aborted Berlin to Rome road race. However, the 356 was, technically, a four seater with occasional accommodation in the rear.