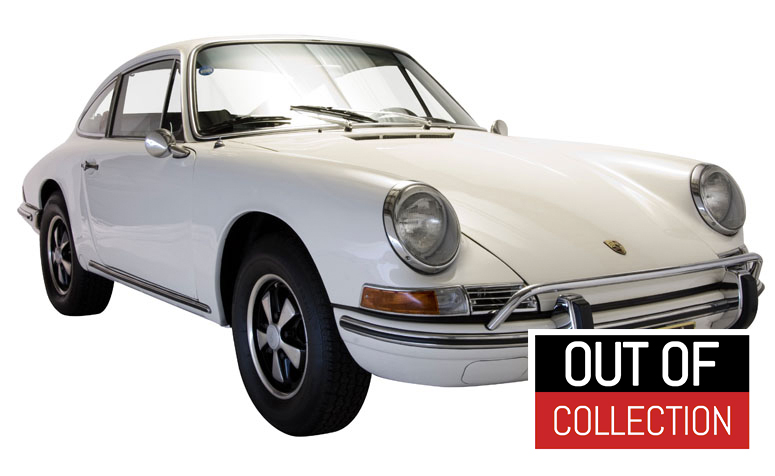 The Porsche 912 was similar in design to the 911 and eased the transition from the 356 to the 911. In comparison with the 911, the 912 had fewer amenities, less power, and weighed about 250 pounds less. A 5-speed gearbox was matted to a detuned 356-based 4-cylinder engine that produced 64 horsepower. The engine was mounted in the rear and powered the rear transaxle. Disc brakes and independent suspension with torsion bars gave the car excellent and impressive handling. The Recaro seats kept the driver planted and the rack-and-pinion steering was very responsive. For an additional cost, the owner could have air-conditioning, rear window wiper, halogen fog lights, electric sunroof, and/or three-point seatbelts.

The 912 came in both the coupe and targa flavors with the coupe being the more popular. About 2562 of the 34,959 912’s were targas. At the end of the 914 production in late 1975, a version of the 912, dubbed the 912E, was introduced. Internally, the vehicle was labeled the Type 923. The ‘E’ stood for ‘Einspritzung’, in German meaning ‘fuel injection’. It was powered by a 2-liter, 914-derived fuel-injected engine and had had Bosch L-jetronic fuel injection and an air pump. It used the 911 body, but has smaller wheels and tires and non-vented brake rotors. The fuel-efficient engine, rising fuel costs, and lower speed limits made the 912E a safe-buy. After 2099 examples were produced, the 924 entered the scene. The 912E was the last air-cooled four-cylinder vehicle produced by Porsche.

During its production run that include the 912 and 912E, nearly 35,000 examples were produced. It had achieved victory in the racing world, served as European police cars, and was featured in the movie ‘Spy Games’ staring Robert Redford and Brad Pitt.