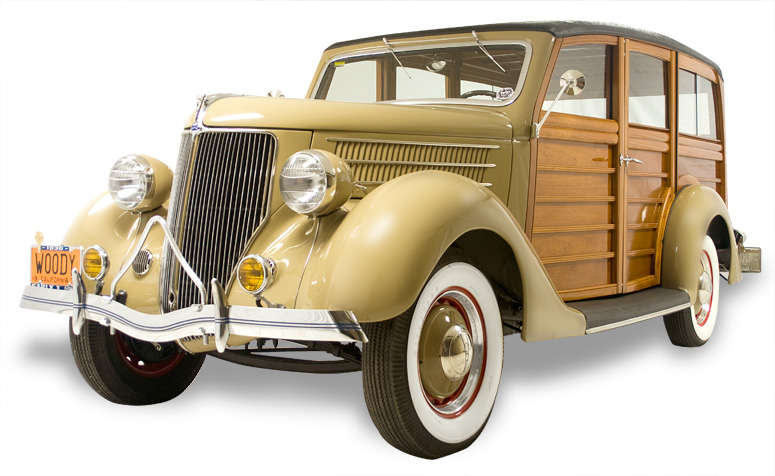 For 1936 Ford model had a engine that displaced 221 cubic-inches and was rated at 85 horsepower. It was mated to a three-speed manual transmission and had braking by four-wheel hydraulically-actuated drum brakes.

Henry Ford owned his own forest, known as Iron Mountain, where he grew maple, birch, gum, and basswood. This was used for his station wagons, commonly known as the ‘Woodies’. Framing and structure in these cars were of hard maple. Henry was very adamant about not allowing knots in the product. The side panels were of cross-grained exterior birch or gum plywood. Roof slats were made of basswood.

This 1936 Ford Station Wagon features front windows and side curtains for all other windows. There is a rare period radio, spotlight, dual white wall tires with trim rings, three-row seating, and metal spare tire cover. The 1936 Fords were fitted with equipment such as safety glass, dual sun visors, dual tail lights, dual hors, and even a cigar lighter.

After the Second World War, the Allies would not allow the German Aircraft Industry to carry on manufacturing aeroplanes so it turned it’s “know…