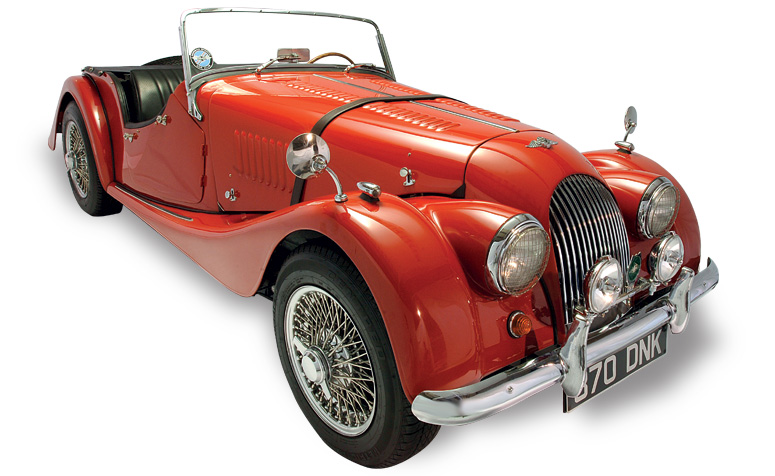 It is remarkable that they still make them, but there is many a gent with a cloth cap and corduroys who is grateful that they do. Derived from the first four-wheeled Morgans of 1936, this is the car that buoyed Morgan on after the war while many of the old mainstays of the British auto industry wilted around it. Tweedier than a Scottish moor on the first day of the grouse shooting season, it is as quit essentially English as a car can be. It was a hit in America and other foreign parts, and it has also remained the backbone of the idiosyncratic Malvern-based company, which refuses to move with the times. Outdated and aoutmoded it may be, but there is still a very long waiting list to purchase a Morgan. First introduced in 1951, the Plus Four, with a series of Standard Vanguard and Triumph TR engines, laid the foundations for the modern miracle of the very old-fashioned Morgan Motor Company.

The second-generation Plus Four was the first of what are generally considered the “modern-looking” Morgans.