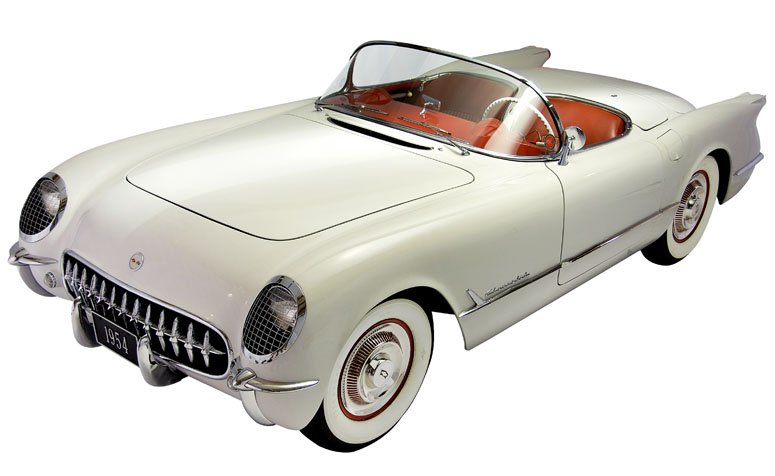 first time at the 1953 GM Motorama held in January at New York’s Waldorf-Astoria Hotel. Six months later, the first production version would roll the assembly line in Flint, Michigan. The Harley Earl designed exterior featured a round body, mesh stone guards over the head lights and a toothy grille. The vehicle embodied many racing characteristics such as the use of fiberglass for the body which was both lightweight and rigid. The two-seater had a soft top and side curtains. For 1953 Chevrolet offered a uniform color scheme of Polo White exterior with Red vinyl interior.

The cars were different in many ways to other production vehicles. They were not assembled on an assembly line; they were hand assembled by small groups of technicians.