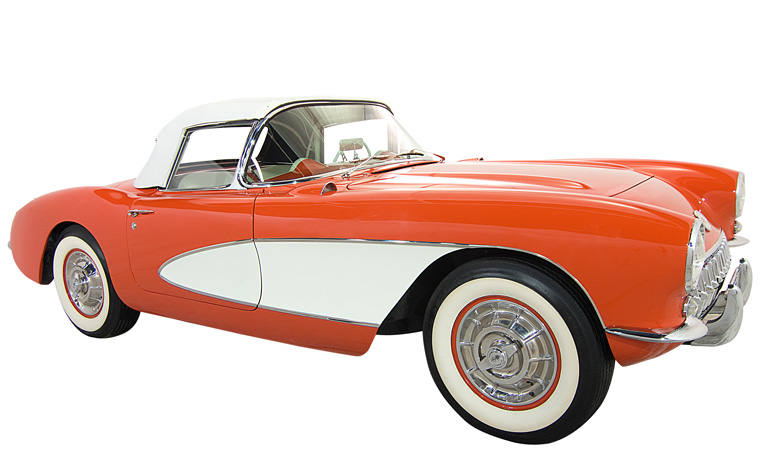 Introduced at the General Motors Motorama show in New York City, the Corvette shocked Americans with its new, unique, and sporty attitude. Basically, the only thing that didn’t change from the previous years was the instrument panel.

The Corvette’s shape was redesigned this year; it separated itself from the ‘55 with a more flowing design and a two-toned body. It had a rounded trunk with a removable hard top. Its sides incorporated the two-tones with a sweeping knife like shape, one that would mark the Corvette with one of its most distinguishing characteristics of all time. Optional were power windows, which at this time was unusual for a ‘sports car’. Not only did the Corvette come with the removable hard-top, it also came with the optional power folding top, a trend that remains popular today. Also, other options were AM radio, windshield wipers, and a parking brake alarm. The only engine that was available was the 265-cubic-inch V8, which pumped 210 horses. This model, would also for the first time, exhibit the three-speed manual transmission.

The DKW 3=6 was a compact front-wheel drive saloon manufactured by Auto Union GmbH. The car was launched at the Frankfurt Motor Show in…