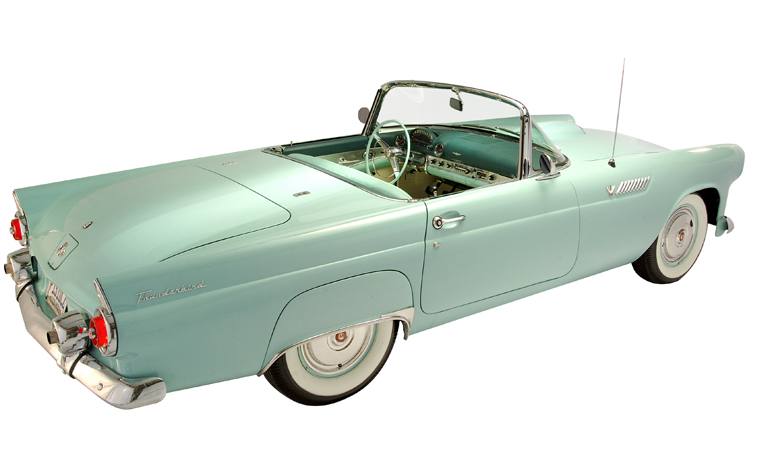 The naming of the Ford Thunderbird was a difficult process, since over 5,000 entries were entertained. It was given the name ‘Thunderbird’ after the god worshipped by Southwestern Native Americans as bearer of rain and prosperity. A $250 price was offered to anyone who could come up with a name. The name became official on February 15, 1954.

At the Detroit Auto Show held on February 20th of 1954, the Thunderbird was shown to the public. The first production vehicle came off the line on September 9th of that year. Delivery of the vehicles began on October 22nd with over 4,000 orders taken on its first day of sale.

The fiberglass removable top was standard. Offered as optional equipment was the fabric convertible top. Under the hood was a 292 cubic-inch Y-Block V8 that produced just under 200 horsepower. This was the only engine available for the Thunderbird when first introduced.

The British car that came closest to the Italian concept of a potent, well- equipped and stylish Grand Tourer was the Aston Martin DB2…