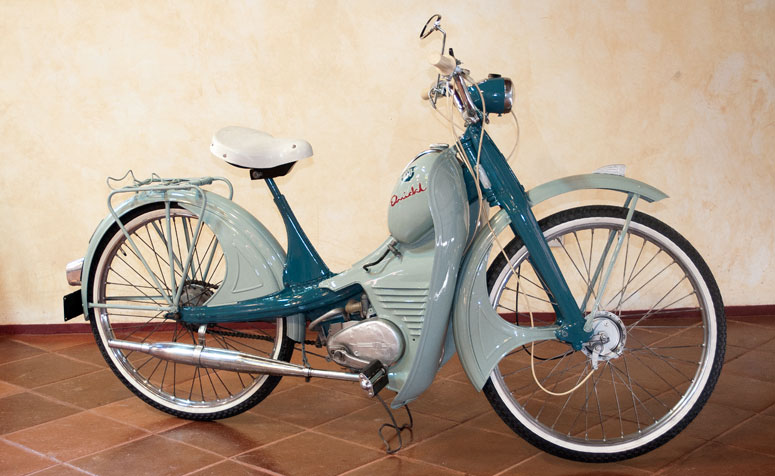 In 1953 the famous NSU Max, a 250 cc motorbike with a unique overhead camdrive with connecting rods. All these new models had a very innovative monocoque frame of pressed steel and a central rear suspension unit. Albert Roder, the genius chief engineer behind the success story, made it possible that in 1955 NSU became the biggest motorcycle producer in the world. NSU also holds 4 world records for speed: 1951, 1953, 1954 and 1955.

In 1956 Wilhelm Herz started at the Bonneville Salt Flats, Utah. Herz was the first man to drive faster than 200 miles per hour, in August 1956. [dubious – discuss] In 1957 NSU re-entered the car market with the new NSU Prinz, a small car with a doubled NSU Max engine, an air cooled two-cylinder engine of 600 cc and 20 hp. Motorbike production continued until 1968.

Based on the legendary Le Mans – winning D-Type, the XK SS road car was capable of speeds approaching 150 mph (241 km/h) but…