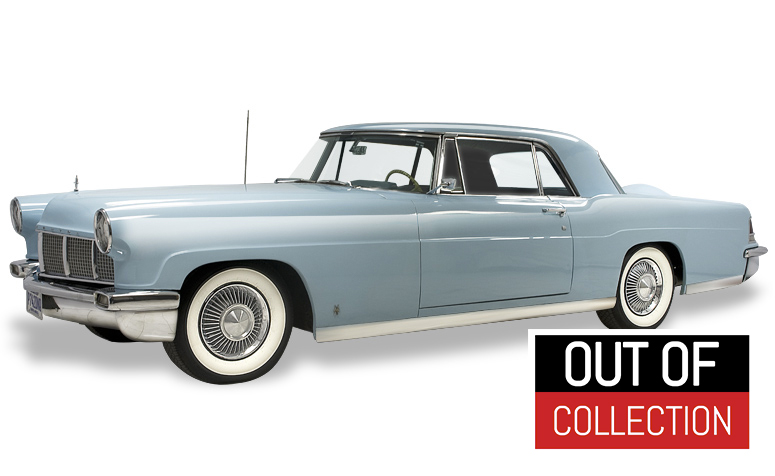 Debuting on October 5, 1955, the Continental Mark II carried a price of $10,000 – fifty percent more than the most costly Cadillac of the same year. With a long hood, short deck and a trunk sculpted to hold the “continental” spare in a semi-upright position, the new Conti captured the proportions and sporty yet elegant spirit of its handsome predecessor, and succeeded in becoming the “modern classic” that Ford officials had hoped for.

The build quality of the Continental Mark II was impeccable. The materials, too, were the best, and critically inspected at every stage of each car’s construction, after having passed severe quality and durability tests. For instance, exterior chrome was subjected to a 10-day salt spray test. Scottish leather was used in the upholstery of each car. Transmissions were tested prior to being attached to engines, and then the completed units were subjected to a rigorous dynamometer test. Fourteen quality control stations were placed in the assembly plant at critical stages. When completed each car was, of course, exhaustively road tested before release for delivery.

With its high price and slow-moving production line, the Mark II was never expected to be a high-volume moneymaker for Ford, but was instead intended to be the flagship for Lincoln’s re-entry into the luxury car field. It likely never made a penny for the company but succeeded admirably in establishing Lincoln in the top rank of U.S. cars again.