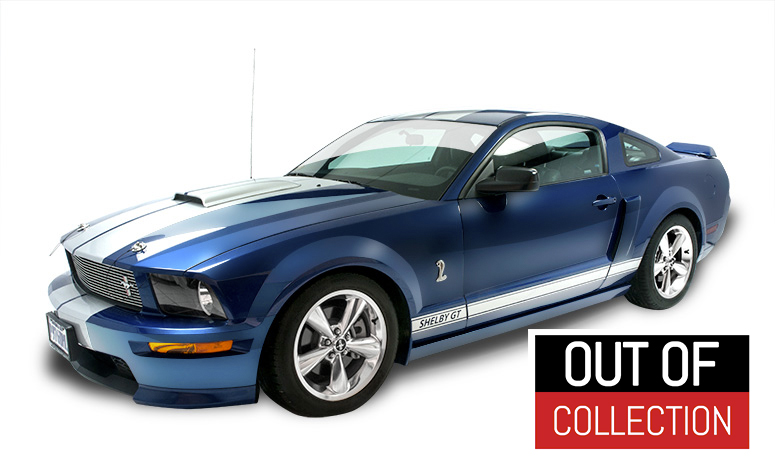 The Shelby GT, commonly touted as the performance enthusiast’s Mustang, returns to the Mustang lineup in 2008. First introduced in 2007 as a retail alternative to the popular Hertz Corporation Shelby GT-H rental racer, the Shelby GT starts its life in Flat Rock, Michigan as a specially equipped Mustang GT. It is then sent from the Ford factory to the Shelby Automobiles facility in Las Vegas, Nevada where it is customized. When the transformation is complete, the vehicle is sent to dealerships as a true Shelby GT Mustang, complete with its Shelby badge on the trunk lid.

In 2008, the Shelby GT will sport several new features. For starters, the Shelby GT will drop its top, as a convertible model enters the line up. The popularity of the Mustang convertible prompted the designers to consider a rag top version of the popular Shelby GT. The ability to go for a cruise in a Shelby GT with the top down is sure to delight Mustang enthusiasts everywhere. As with all Mustang convertibles, it will feature supplemental bracing to give the car additional stiffness. It will also feature a prominent light bar.

Next up is a completely new color scheme for the 2008 Shelby GT. In 2007 the vehicle was only available in Performance White or Black colors. In 2008 the Shelby GT returns in Vista Blue with Silver stripes to match. This new exterior scheme gives the Shelby GT a bad boy look, often reserved for vehicles on the race track.

As for body styling, the Shelby GT sports a hood scoop that was featured on the famed Shelby Cobra roadster. This, in combination with the Shelby GT’s prominent lower air dam, sends the message of, “Don’t tread on me!” to other cars on the road. It also sports side scoops that are positioned near the rear wheel arches.

In 1953 the famous NSU Max, a 250 cc motorbike with a unique overhead camdrive with connecting rods. All these new models had a…