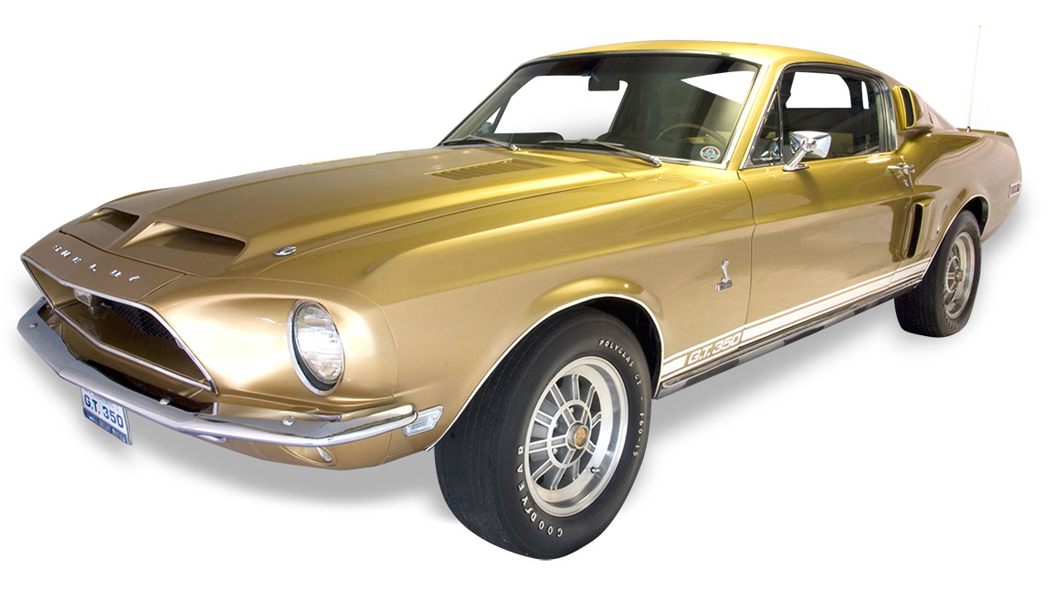 1968 marked the year that Ford took over production of the Shelby vehicles with operations moving to Livonia, Michigan.

The 302 cubic-inch eight-cylinder engine was standard on the GT350, equipped with an aluminum intake manifold and Holley 600 CFM carburetor capable of producing 250 horsepower. The styling modifications for 1968 were minor. The front of the vehicle was restyled resulting in an aggressive appearance. The headlights switched back to the single seven-inch unit configuration with Lucas fog lamps positioned inside the grill. The hood was once again a fiberglass unit with repositioned scoops and air-extraction louvers.