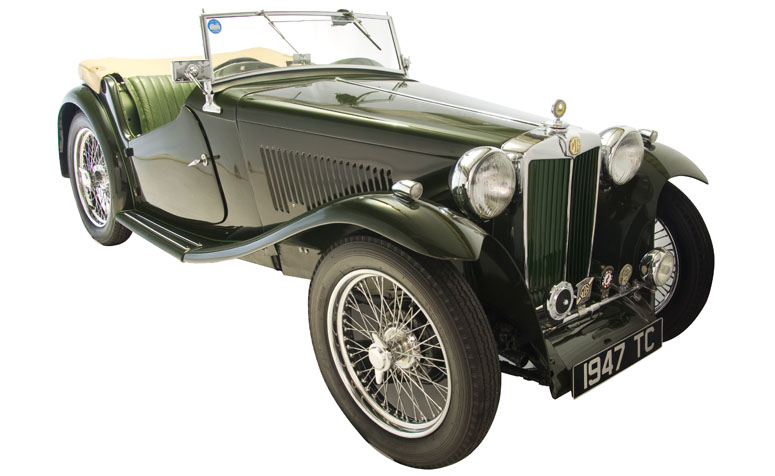 The TC was the first postwar M.G., launched in 1945. It was quite similar to the pre-war TB, sharing the same pushrod-ohv engine with a slightly higher compression ratio of 7.4:1 giving 54.5 bhp (40.6 kW) at 5200 rpm but using more modern interior elements allowing a wider cockpit. The makers also provided several alternative stages of tuning for “specific purposes”.[1]

It was exported to the United States, even though only ever built in right hand drive. The export version had slightly smaller US specification sealed beam head lights and larger twin rear lights, as well as turn signals and chrome-plated front and rear bumpers. Exactly 10,000 production versions were produced, from Sept. 1945 (chassis # TC0251) to Nov. 1949 (chassis # TC10252), a larger number than any previous M.G. model. It cost £527 on the home market in 1947.