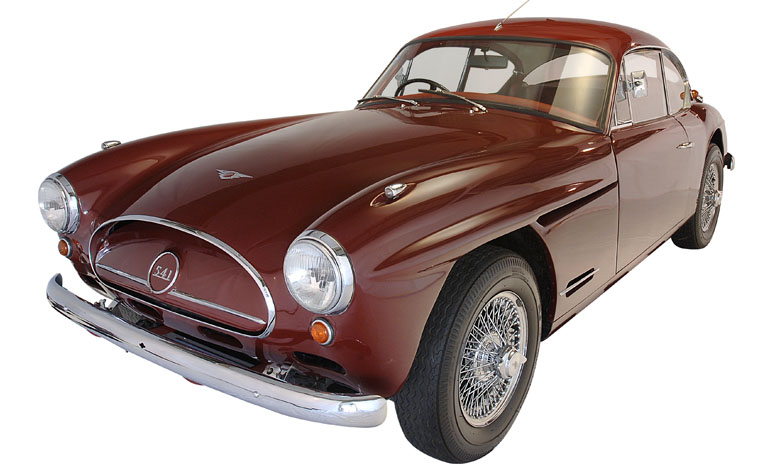 The Jensen 541 was first exhibited at the London Motor Show in October 1953: production started in 1954. In October 1954 a cabriolet version was introduced.

The 541 used fiberglass bodywork mounted on a steel chassis and was fitted with a six cylinder, three SU carburetor version of the 4 liter Austin engine and four speed transmission with optional Laycock de Normanville overdrive.

The body consisted of three major moldings and the entire front was rear hinged and could be raised for engine access. The doors were aluminum. Suspension was independent at the front using coil springs with a Panhard rod located rigid axle and leaf springs at the rear. At first the car had servo assisted 11 in (279 mm) drum brakes but from 1956, when the deluxe version was introduced, it featured Dunlop disc brakes both in front and rear – the first British four seater thus equipped.

It was also a luxurious car with the well equipped interior featuring leather seats as standard. The individual seats in front separated by a high transmission tunnel and the rear seats had a small centre armrest and could also be tilted forwards to increase luggage space.