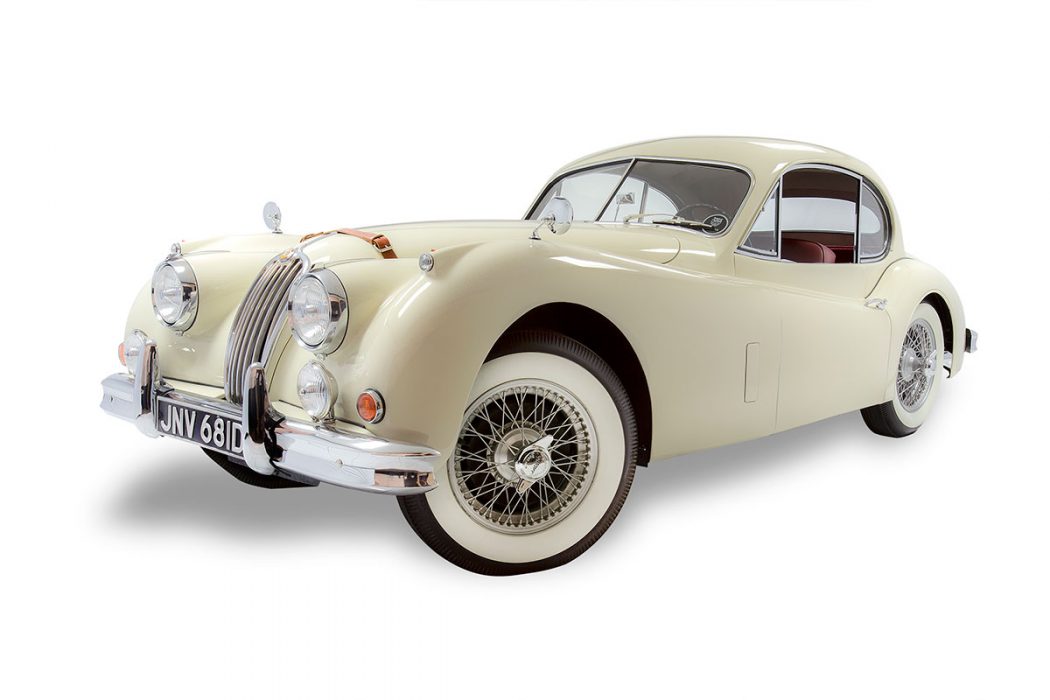 Hardtop Coupe
Jaguar’s XK140 Special Equipment Fixed Head Coupe – this example in Old English White and Red – was a popular American import, all part of Great Britain’s ‘export or die’ promotion which was still going strong 10 years after WWII had ended. The XK140 was introduced in 1954, first sold as a 1955 model. The Xk150 followed it in 1958 with the XK-E, or E-Type, superseding it in 1961. Upgrades over the preceding were brakes, rack-and-pinion steering and telescopic shock absorbers (instead of lever arm.) The SE cylinder head came from the C-Type and offered 210 horsepower. The engine also had 2-inch sand-cast SU H8 carburetors, heavier torsion bars and twin exhausts.

The XK140 appeared from 1954 through 1957 and was an evolution of the 1949 revolutionary Xk120. It featured several improvements such as rack-and-pinion steering and Girling telescopic rear dampers. Other changes included much heavier bumpers and a revised roof line.

The Isar was the company’s first attempt to build a “regular size” automobile. The prototype was introduced at the IAA in Septembre 1957. From…