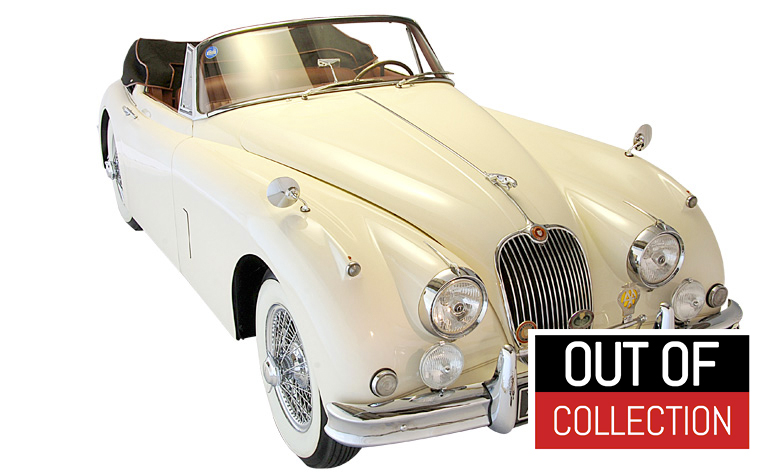 The XK150 is powered by a 3,442 cc, in-line, six-cylinder, double-over-head cam engine developing 213 horsepower with a top speed of 123 mph. It has a 4-speed manual transmission. The chassis consists of rack-and-pinion steering, front independent torsion bar and wishbone/rear live-axle with leaf springs, suspension. Four-wheel disc brakes proved a big advantage for stopping this 3,330 pound car.

The XK150 was produced as a styling stopgap between the XK140 and the revolutionary E-Type that followed in 1961.

The XK150 was the final version and most thoroughly developed of the early XKs. It made its first appearance in mid-1957, as Jaguar’s response to recently introduced rivals like the BMW 507 and Mercedes-Benz 300SL. The XK150 was plusher and more civilized, and substantially restyled, with a re-contoured beltline, wider grille and a one-piece windshield.