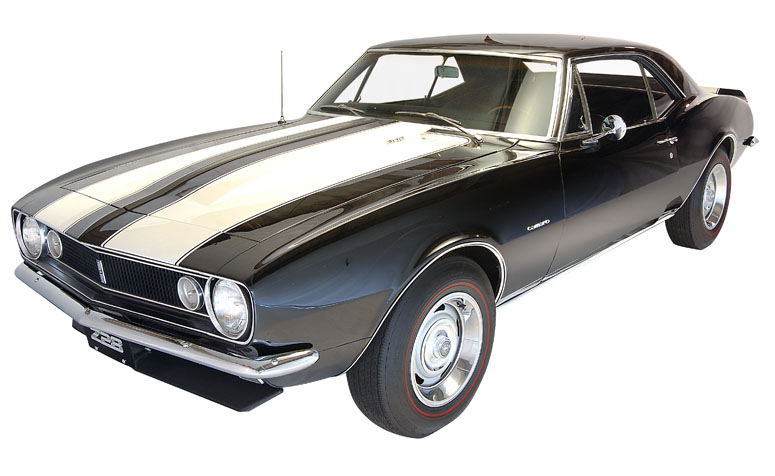 Rumors that General Motors had at last come up with something to steal sales from Ford’s hugely successful Mustang swept through the American auto industry in the spring of 1966. Codenamed Panther, the Camaro was announced to newspaper reporters on June 29, 1966, touching down in showrooms on September 21. The Pony Car building-block philosophy was simple: sell a basic machine and allow the customer to add their own extras. The trouble was that the Camaro had an options list as arcane and complicated as a lawyer’s library. From Strato-Ease headrests to Comfort-Tilt steering wheel, the Camaro buyer really was spoiled for choice. But it worked. Buyers ordered the Rally Sport equipment package for their stock Camaros, and suddenly they were kings of the street. Go-faster, twin-lined body striping, hidden headlights, and matte black taillight bezels were calculated to enhance the illusion of performance pedigree. Especially if he or she could not afford the real thing – the hot Camaro SS.

The market accepted the Camaro as a solid response to the Ford Mustang. Its styling was cleaner, more European, and less boxy, and it drove better than the Ford. Despite all this, Camaro sales were still considerably less than the Mustang.

Since 2002 the Mini Cooper has had things all its own way. There is no shortage of hot hatchbacks on the market, but there…