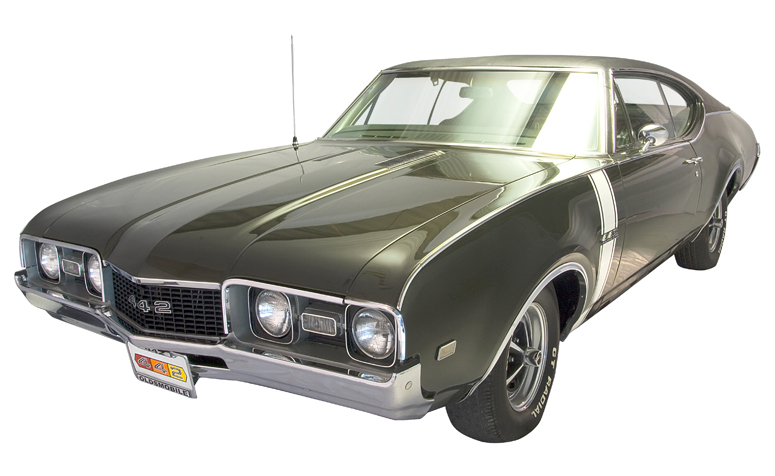 The 442 was born out of the competition between Pontiac Division and Oldsmobile.

The package was dubbed 4-4-2 based on its combination of four-barrel carburetor, four-speed transmission, and two exhausts. Priced at $285.14, it was available on any F-85 or Cutlass model.

W-30 option cars were equipped with Ram Air intake hoses leading from a chrome-topped dual snorkel black air cleaner to special under-bumper air scoops and set off by bright red plastic fender wells. In addition, a Turnpike Cruiser option was made available with a two-barrel carburetor; this was previously available on the Cutlass Supreme for 1967. 1968 was the first year for side marker lights and the last year for vent windows on hardtops. 442s for ‘68 had unique rear bumpers, with exhaust cutouts and special exhaust tips.

Civilian production resumed in July 1945, with an early start to the 1946 model year filling the public’s thirst for new cars. Ford had…