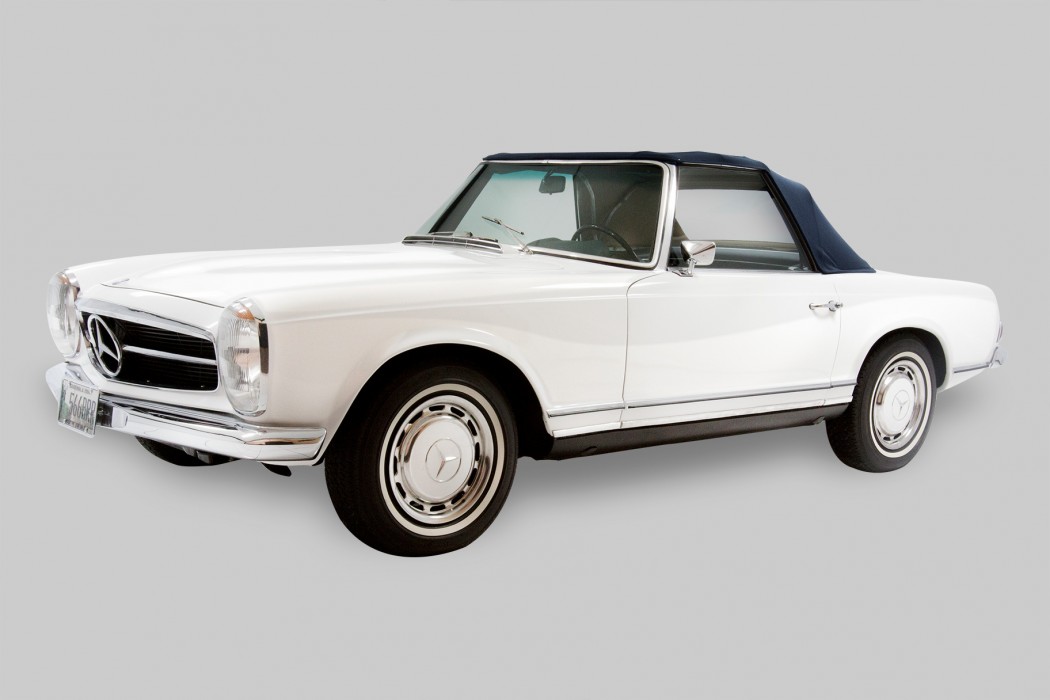 Mercedes-Benz introduced the 280SL less than a year after the 250SL arrived on the scene, and closed out the “pagoda” SL line in 1971 after nearly 24,000 were built. The 280 was very similar, to its predecessor, using clean, elegant lines, intelligent placement of the wheels in proportion to the rest of the design, and a tall, “pagoda” removable hard top that allowed for ease of ingress and egress.

Like the other W113 cars, the 280 utilized a monocoque chassis, with front suspension courtesy of coils and wishbones, while the rear incorporated a single-pivot swing axle and transverse springs set up to compensate for camber. Four-wheel discs provided braking power.

The engine was a 2.8-liter, overhead-cam, inline-6. Bosch fuel injection was incorporated as well, and horsepower on the sport tourer was rated at 180 – a fair bit more than the 230 and 250 had access to. Torque was also higher at 177 ft-lb. A 4-speed manual transmission was standard, though a new 4-speed automatic transmission was optional, as was a ZF 5-speed manual.

Cabin refinement was high, with acres of leather, plush, supportive seats, big, readable gauges, Blaupunkt radios, and a quality of craftsmanship throughout, including the soft top, which disappeared easily and unobtrusively when not in use. New safety features included an energy-absorbing steering column and three-point seatbelts, while side marker lights are the biggest external visual difference between the 250 and 280.