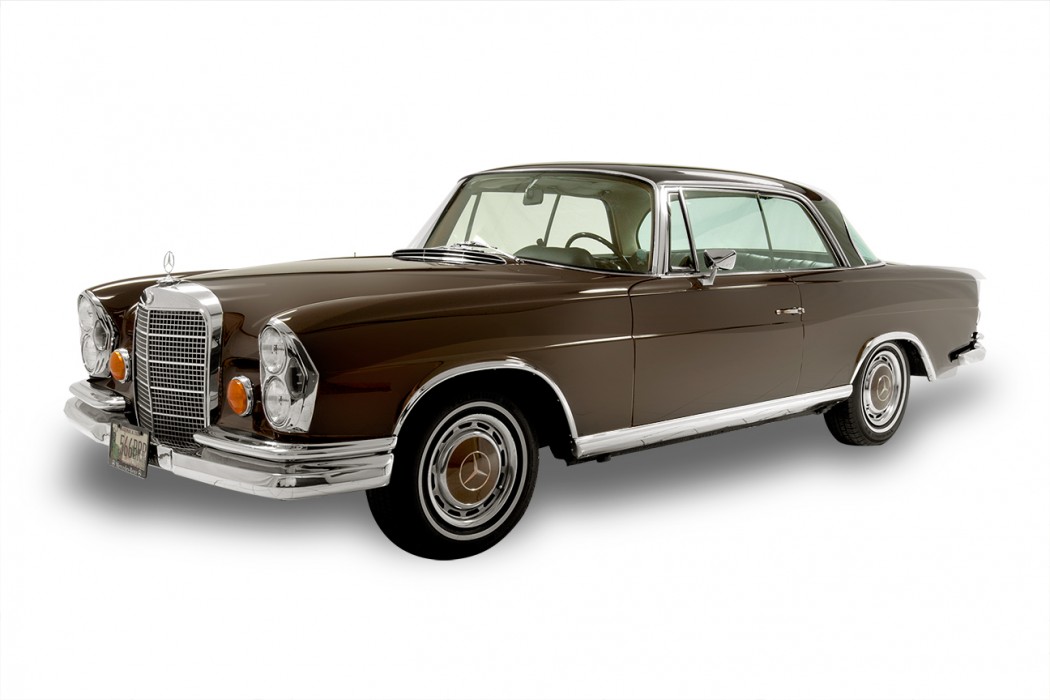 In September 1969, clearly more powerful versions of the 280 SE Coupé and Cabriolet were introduced. This version with 2.8-litre six-cylinder engines which continued to be on sale: the radiator mask was lower and wider, with a correspondingly flatter front end of the engine hood. Due to this characteristic feature, the face-lifted Coupés and Cabriolets were often referred to as the “flat radiator” models by insiders. As on the Saloons, the bumpers of the Coupés and Cabriolets were now fitted with rubber strips. In purely visual terms, the eight-cylinder models did not differ from this face-lifted six-cylinder version.