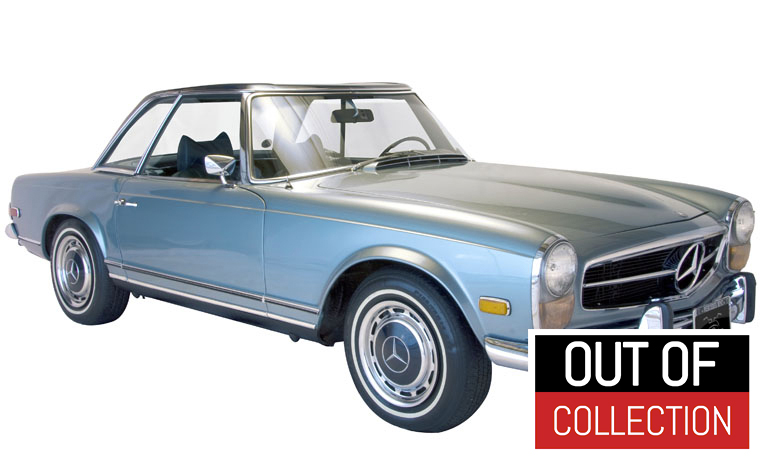 Crisply and conservatively styled, the 2.3 liter 230SL incorporated all the engineering refinement for which Mercedes Benz is justifiably famous and, such was the competence of the design, it remained outwardly unchanged throughout its production life. It is the model’s convex, so called “pagoda roof” which is perhaps its most memorable feature. But the car did benefit from two engine capacity increases, first to 2.5 liters in 1966 and, ultimately, to 2.8 liters in 1967.

The 280SL remained in production until 1971 and, significantly, demand for the entire series did not peak until 1969, when 8047 were delivered. It was also by far and away the most popular model with 23,885 built.

In their day, these Mercedes Benz were praised for the quality of their construction and, above all, road holding. Features such as the power steering and automatic transmission were up to the expected standards. But the model sold for (libras) 3414 on its 1963 introduction in Britain and for that price it would have been possible to have bought no less than four home-produced MGBs!