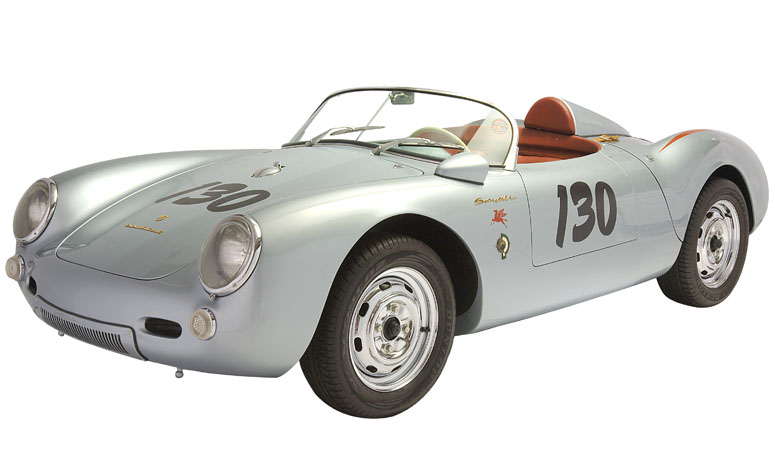 The 550 Spyder, which took its name because it was the 550th design project undertaken by the Porsche company, made its international debut in October 1953 at the Paris Motor Show. The 550 Spyder was the first sports car specially designed by Porsche with racing in mind, and its successes through the years provided a foundation on which the frame of the Porsche marque spread around the world.

The car is powered by four-overhead-cam, flat 4-cylinder (horizontally opposed pistons), 1,498-cc engine, developing 125-135 horsepower coupled to a 5-speed manual gearbox. The chassis has torsion-bar suspension and weighs about 1,120 pounds. It has a top speed of an estimated 150 miles per hour. About 90 cars were built.

The American Austin Car Company was a United States automobile manufacturing corporation tied to the British Austin Motor Company. The company was founded in…