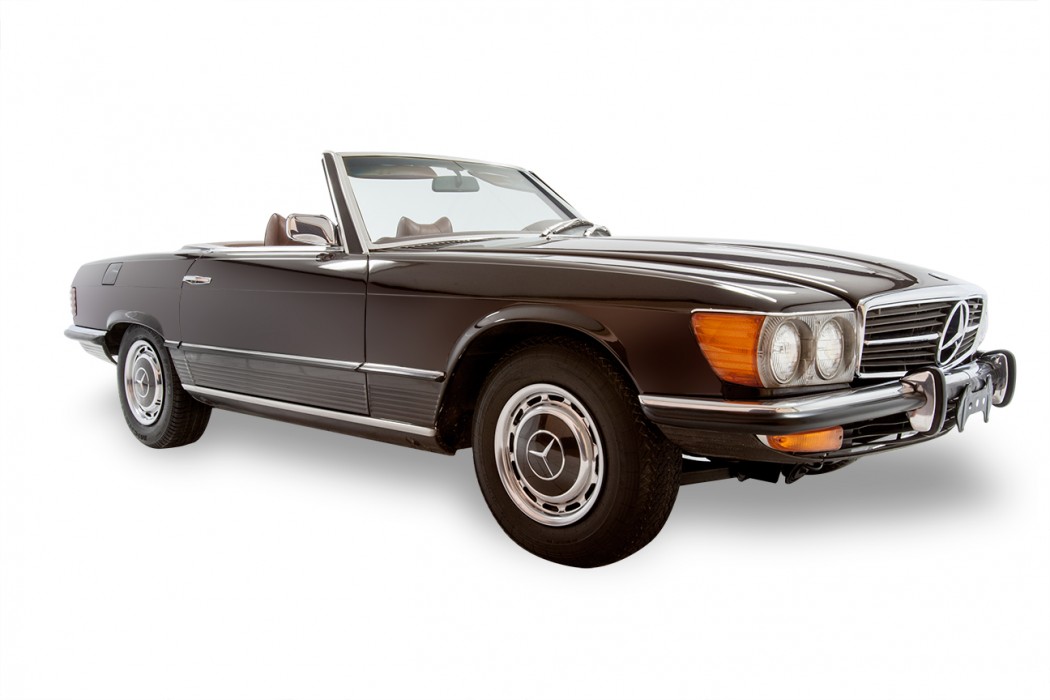 The Mercedes-Benz SL name has always signified a certain level of automotive style and sophistication, and each new generation seems both to define and be defined by its era. Such was the case when the R107 model SL came on the scene in 1972 as a replacement for the popular 230/250/280SL W113 series. The family of models existed with minimal changes until 1989, a remarkable production run for a luxury convertible.

With the R107, Mercedes debuted a V-8 engine in the convertible lineup, which was necessary given the new SL’s relative girthy 3,400-pound weight. Styling was typically conservative and somewhat reminiscent of the pagoda top cars, and despite dimensions more or less the same, the R107 appeared to be much larger.

The first-year cars were dubbed 350SL in keeping with the model designation for Europe, despite actually carrying a 4.5-liter V-8 underhood. The fuel-injected V-8 featured an overhead cam and delivered 230 horsepower. It was paired with a three-speed automatic, with no manual transmission on offer. Suspension was fully independent and four-wheel disc braking was standard.

In response to declining sales of the Model T, Ford announced in late 1925 that a new ‘Improved Ford’ would be available for the…