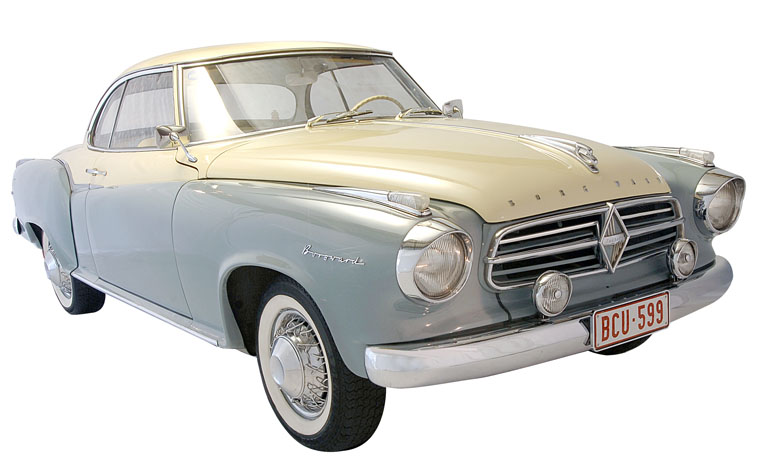 The Borgward Isabella is a medium-sized, two-door saloon that was manufactured by the Bremen based auto-manufacturer Carl F. W. Borgward GmbH from 1954-1962.

Until 1957, the name written on the diamond shaped panel in the centre of the front grill was ‘Hansa 1500’. Retrospectively the name Isabella is used for models produced from 1954 to differentiate the model from the previous Hansa 1500. Isabella was already the car’s internal code name when the model was launched in 1954.

By 1958, the more powerful 75 bhp (56 kW) TS motor had also found its way into the more up market Isabella saloon and estate versions. The testers described the modern structure of the car in some detail: they particularly liked the wide cabin with its large windows, and they commended the effectiveness of the brakes. The inclusion of a cigarette lighter and a clock also attracted favorable mention. Unlike The Isabella was only delivered with two-doors.

The Isabella was constructed without a separate chassis, applying the monocoque technique which during the 1950s was becoming the norm. The line of the Isabella was more curvaceous than that of the first Hansa, and the car’s body made greater use of chrome trim.

The TC was the first postwar M.G., launched in 1945. It was quite similar to the pre-war TB, sharing the same pushrod-ohv engine with…